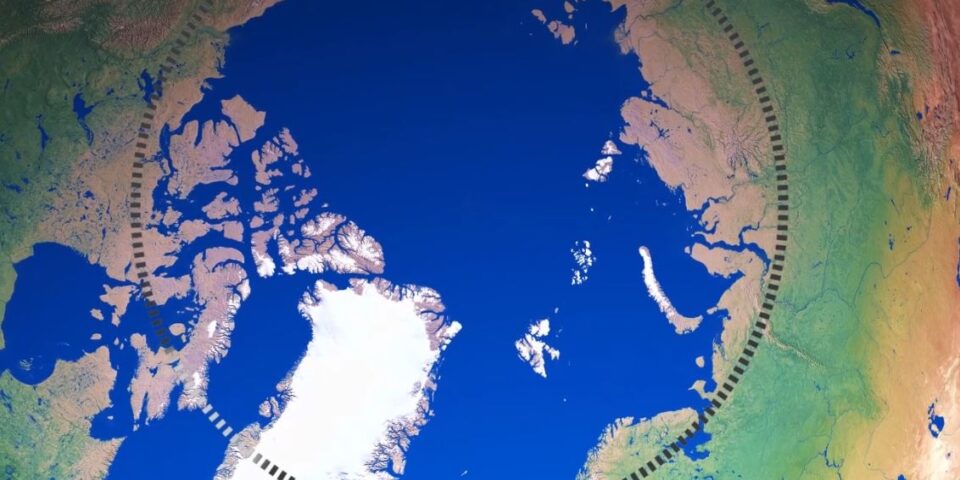 At a latitude of roughly 65.5 lies the Arctic circle. Few major human settlements exist within its borders. The largest of these settlements is Murmansk and as its name suggests it is a city on the edge of the world.

It lies 2 degrees above the Arctic circle and is 108 kilometers from the Norwegian Border and 182 from the Finnish. The closest major Russian city is St Petersburg roughly 900km away.

The city experiences Polar nights for roughly 40 days at a time. This means that between early December and mid January the sun does not rise. The opposite starts from the middle of May till the end of August during which the sun does not set.

For an Arctic city the climate is relatively mild with peak summer temperatures averaging 12.9c in July and peak winter cold in February at -10.7c on average.

This is largely a benefit of the warm North Atlantic current

This means that Murmansk is the only  Russian port with unrestricted and easy year-round access to the North Atlantic Ocean.

As a result, the port is the 4th largest in the country and is one of the main stops along the Arctic’s Northeast Passage connecting Asia and Europe making Murmansk one of the most strategically important assets for Russia.

In the early stages of WW1 Russia had only two harbours in its Northwest, the one in St Petersburg and Anhargelsk. With the first port blockaded and the other freezing over during winter another port was necessary.

With this in mind, Murmansk officially became a city in 1916 with the intention of becoming one of Russia’s main ports. This also made it the last city created during the era of the Russian Empire as the Bolshevik revolution soon overthrew the monarchy and established the Soviet Union.

It was during the revolution that started in 1917 that Murmansk received its first war time supplies. The Allies wanted Russia to remain a monarchy rather than turn into a comunist country and so supplies were sent to aid the White Army.

An even bigger role for the port came during WW2.

In June 1941, Stalin was taken by surprise when Hitler made his move against him.

At this time Russia was unprepared to wage a major war having had banked on their deal with Germany to delay war for a few years.

German forces in Finnish territory launched an offensive against Murmansk in 1941 as part of Operation Silver Fox.

The city suffered extensive destruction, the magnitude of which was rivaled only by the destruction of Leningrad and Stalingrad. However, fierce Soviet resistance and harsh local weather conditions with the bad terrain prevented the Germans from capturing the city and cutting off the vital railway line and the ice-free harbor

With the sudden turn of events, aid and supplies became a necessary lifeline keeping Russia in the war…. and Stalin was not modest about the situation demanding that Great Britain and US divert all its supplies to keep Russia in the war effort.

These demands were met in kind and the supplies coming from the US were now divided between Britain and Russia. This was the beginning of the infamous Arctic Convoys. The main destinations being Anchargelsk and Murmansk.

In total there were 78 convoys between August 1941 and May 1945, shipping some 3,964,000 tonnes of material sailing through several seas of the Atlantic and Arctic oceans.

The convoys ran from Iceland (usually off Hvalfjörður) and traveled north of Jan Mayen Island to Arkhangelsk during the summer months, shifting south as the pack ice increased to Murmansk.

It has been said that the main value of the convoys was political, proving that the Allies were committed to helping the Soviet Union’s fight, especially while they themselves were unable to open up a western front

After defeating the Nazis, the restoration of Murmansk was a top priority—and, as a result, it prospered. The seaport, for example, grew to become one of the biggest in the USSR. While the population reached half a million people at its height.

At the same time, military ports and shipyards multiplied with The Soviet Northern Fleet being stationed and founded there.

The Northern Fleet is tasked with responsibility for operations and defense in the Arctic seas along Northern Russia, including the Barents Sea and Kara Sea, as well as the northwestern maritime approaches to Russia including the Norwegian Sea and Atlantic Ocean.

The Northern Fleet was supplied with many iconic firsts for the USSR, including nuclear submarines and strategic nuclear missiles and at one point there were some 200 submarines at its disposal.

Today the Northern Fleet is headquartered in Severomorsk which is just some 20 km north of Murmansk.

A part of the Northern Fleet and one of peculiarities of the city is the Atomic fleet. It’s the only fleet comprised of Nuclear Icebreakers in the world. You can see the first ever nuclear icebreaker “The Lenin” parked in Murmansks port as one of its main tourist attractions.

This brings us to Murmansk of today. Still the largest city in the Arctic by far but a city most definitely in decline as the population has shrunk to less than 300 thousand people. While the whole of Murmansk Oblast has nearly 450,000 fewer people than 30 years ago with a current total population of 750’000.

One of the reasons being that during the Soviet Era Murmansk offered economic incentives and higher wages for those willing to move to the far north. Those incentives no longer exist creating a common trend in Russia with many people leaving the northernmost territories of the country in search of better living conditions elsewhere.

Additionally, Russia’s cities are much larger than those in other Arctic regions as a result of the Soviet Union’s central planning system. With the recent transition to a market economy and the liberalisation of society the population of the Russian north adjusted to the new economic conditions by declining some 20%.

The largest population decline in Russia has been in the Far East, where the population of Kamchatka declined by one-third, the Magadan oblast by nearly two-thirds and the Chukotka okrug by nearly 70%.

In the end, Few people are willing to endure the rough climate offered by arctic regions without considerable financial incentives.  Most people in Murmansk mention short summers, polar nights and the cold overall as the main reasons for wanting to leave… with poor economic prospects as secondary. Most perceive the city as a place to work for a short period of time while saving up money to move usually to St Petersburg, Moscow, Norway or Finland.

Therefore presently Murmansk is likely going through a normalization process in terms of its population. After having been relatively speaking overpopulated during the Soviet era.

It seems unlikely however that the city is going to lose its status as being the largest city in the arctic or indeed being the capital of the arctic. With an abundance of natural resources particularly minerals and even oil and gas as well as a growing fishing industry the city is self-sustaining.

Combined with russia’s geostrategic interests in the arctic and by containing the Northern Fleet, Murmansk Oblast seems likely to play an interesting role in the future of the country as it has in the past 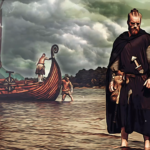